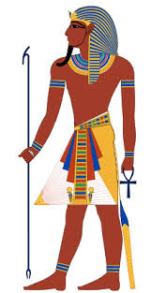 This website has from the outset seemed dedicated to the proposition that after a conservative interregnum of almost 50 years (1980-2008) the country was returning and would Inevitably return to a more Progressive-New Deal- Great Society mentality, updated for the decades 2 through 5 of the Twenty First Century. And this is certainly true.

But we will be less interesting, and just one of dozens of blogging talk-athons about the evils of socio-economic inequality and the selfishness of the rich, if all we did was present thought-clips promoting progressive ideas and agendas. Progressives cannot prevail, their progress will be sluggish—mark or words—if we cannot get inside the heads of the following: conservative Republicans (are their any other kind), Tea Party “Republicans,” Independents wary of too much Obama and Clinton (Hillary And Bill) kinds of changes, and last—but not least—the great 40-50% of adults who do Not regularly vote.

So we offer the following “contrarian” thought bullets using the voice of someone who is making a good case for “enlightened” or realistic elites—elites of wealth and accomplishment and the desire that government and academia not try to tamper with this existing order:

Bullet points in a recent op ed piece by Krugman in the New York Times with my commentary in brackets; note that I paraphrase and interpret Krugman rather than quoting him:
1. Beyond the 1 % there is a group of very, very rich Americans with spectacular concentrations of wealth: 25 men, in this case hedge fund speculators who (combined) earned $25 billion in 2013

2. These men and others like them in different financial sectors, made money, “educatedly” guessing what direction market prices, currencies, etc. would take and buying and selling paper at huge profits… they produced nothing, or rather little but identifying potential windfalls for themselves and clients

3. The finance industry in general went of of control in 2006 and 2007 (especially) and the huge bank bailouts in effect stabilized the system but also saved those who were making some mischief

4. The $ 25 billion made by these speculators was more than the sum of salaries of all kindergarten teachers in the US combined; most if not all of the income they moved around in their direction [benefited people who were already wealthy and to the top financiers themselves],

5. There are many defenses for financial “heroes” who detected shifts in market forces, acted in some ways as entrepreneurs: they generated money for investors, they were just exercising their powers of prediction, they also had a lot to lose etc. Trillions of dollars were lost in savings and jobs as a result of their mistakes [they took a disproportionately lit hit compared with millions of more vulnerable Americans]