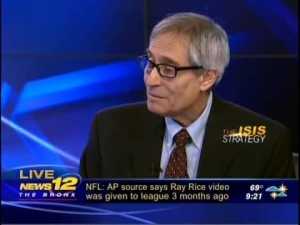 Our own Prof. Arthur Lerman! I would add as a preface to his concise book notes, that Piketty translated into English is remarkable in 2 ways: 1. he is very light on economic jargon, 2. is is thick with references to literature and history–as Art says– and not exactly the trend in economic writing these days on this side of the Atlantic.~~ f.l.s.

I just finished Thomas Piketty, Capital in the Twenty-First Century (2014). This is what I understand to be (some of) his basic argument:
The free market system automatically moves towards economic inequality.
The more wealth one has, from inheritance or other income, the better the advice on how to invest it one can afford. So  the wealthier fortunes almost always grow more rapidly–and more securely– than their lesser counterparts.
Concerning salaries and other compensation for work, income inequality is encouraged by CEOs who–in conjunction with docile boards of directors–have the power to set their own incomes. (One way to counter the setting of obscenely high salaries is a progressive tax–which becomes confiscatory as incomes become too high. In such cases the CEO finds that all his/her extra salary will go to the government, so there will be no incentive for sky high compensation.)
Only something like progressive taxes (on wealth better than income) can make for a fair distribution of economic resources in society.
And the tax system has to be international–regionally, or better,globally–so that wealth cannot be transferred to other countries to avoid the taxes.
And Piketty backs this up with voluminous statistical date–enhanced by all sorts of other sources, even fascinating references to the economic circumstances of the characters in Jane Austen’s Sense and Sensibility.

Well Kennedy was human for sure, but so was Kaiser Wilhelm. Not comparing, but… I’d like to revisit the Context of these quotes. Remember that this was the period of “MADMEN” and adult males were not as housebroken as today.

“I would rather take my television black and white and have the largest rockets in the world.”

A nice provocative quote from JFK. I personally like John F. Kennedy and think that he was a wonderful president, especially during the time of the cold war. He possessed traits that were unseen in any presidency before. Among the quite I chose, there’s too many from JFK that were provocative and quite controversial. I think the statement above that he made was clever and a bit witty as well. At this point in time we have people such as Richard Nixon stating that “we were ahead in color television” and people like JFK ridiculing him. JFK believed that the United States was losing the cold war at that they had gone soft in physical, mental, and spiritual aspects. I like how even in a tense time with the Soviet Union, the president was able to express himself in a free way that was unlike any other. JFK couldn’t have been a better spokesperson for this considering his exuberant charisma and good nature. I believe that the United States had good chances in recovering from their “softness” because they had a leader who was driven.

This is probably unrelated to the Cold War itself, but it is another clever and provocative quote from JFK during the times of the cold war. He states “who gives a sh*t about minimum wage”. Even in foreign affairs president Kennedy proved his toughness. I think this post would be good in describing the people who stated these quotes and their tenure during the cold war. Without a doubt, the cold war was controversial in itself, but the leaders of the world within that time also had their fair shares of controversy.