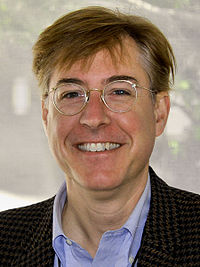 Occasionally we will be posting book recommendations that are designed to provoke debate, that are related to the political future(s) of the USA, and that may show why progressives are angry at the dysfunction in Washington as—to be sure—conservatives are as well. We welcome enlightened conservative readers’ recommendations of books that have insights.

Frank, author of WHAT’S THE MATTER WITH KANSAS?, a book which asked by so many Americans in Heartland rural states voted against their own economic self interest (so we recommend that book too) gets tough in this book, with a no prisoners approach to Reagan/Bush policies that led to the economic collapse of 2008 and the weakening of federal regulatory agencies. We are furnishing an excerpt from the final chapter, “Gotterdammerung,” without comment in this post, to be followed by a post after we get some reader reactions or at least people have time to read this. It essentially lays the blame for the 2008 economic collapse on conservative Reagan Bush policies, but perhaps is too optimistic that such policies are completely off the radar, even in the Age of Obama:

… What the wrecking crew ultimately wrecked was the economy itself. In 2008 the wealth of the world collapsed in a cloud of bad debt— debt that had been issued by unregulated institutions, sold on exchanges that lobbyists had made sure were unsupervised and held by banks overseen by an economy that was so hapless and so industry friendly that it dozed through every alarm.

Now it is probably unfair to lay the blame the financial disaster at the feet of any single federal policy or even one of the two national parties. It is entirely fitting, however, to describe it as a sort of judgment day for the conservative philosophy, shared as it was by leaders in both political parties and by players all across the economy.

Before the fall of 2008, the most acute consequences of rule by an elite dedicated to “inefficiency in government” had mainly befallen limited and distinct groups of people: citizens of New Orleans, union members, Iraqis, people who happened to eat tainted food. moreover, the conservative state’s screw-up’s could each be crowded with an inky squirt of culture war populism or dismissed with the usual rhetoric: See? Government can’t do anything right.

The economic collapse of 2008 was different. It was an effect of the same strategies of misgovernment that had wrecked the EPA and labor department, yes but the consequences now were so vast that virtually no one escaped. Nor could then ruination be brushed off although thousands of conservatives tried. This time the public’s fury would not be diverted: Americans pinned the blame squarely on those who had deserved it and on the individuals who had pushed those ideas along. And so the final casualty of conservatism’s Samson like effort to know down the pillars of the state was the movement itself. By the end of 2008 the economic theories had been and its political fortunes lay in ruins.

The policies that [in 2008] eventually flattened the nation’s banks, insurance companies and investment houses had originally been out in place of course at those very institutions’ request. These industries got what they wanted from Washington, and what they wanted ended up killing them.