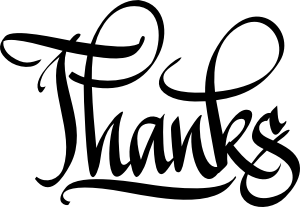 I would like to thank folks who have spent time responding to this progressive blog, whether they agree with what they read or not. There seem to be two general categories of reaction: 1. people who actually read the content, respond to what is actually written, whether they agree or have differences, 2. those who just see words like “capitalism” “poor people” , social responsibility, and immediately see “Socialism” or “do-gooder taking my money or some generous rich person’s money and giving to the government.”

If you really read what we have to say, it breaks down into 3 easy to digest bullet points:

1. . So, let’s be clear: There are no simple solutions and there is not a good political party and an evil one, nor is there a contempt for wealth, getting rich, initiative, hard work. The are various groups and political forces that want to demonize government (remember: the people whom the country put in charge of freeing the slaves, educating our children –except for our wealthiest children–they of course go to private schools– clean up the messes made by Big Business and Bankers in 1929, 2008 and points in between.

A. Had Obama not pushed through the stimulus package and, necessary evil, saved the banker’s and big business like GM and AIG’s behinds following Bush’s TARP desperate attempt to undo some of the damage, we would probably have 15% unemployment today, not the modest recovery we are experiencing.

B. Had Obama not pushed through the Affordable Care Act, 40 million Americans would not be on their way to healthcare coverage, people with preexisting medical conditions would be selling their homes and retirement pensions for coverage (a country that has people going to the emergency rooms of hospitals for healthcare (I mean 50 million of those), is and should be a laughing stock, in effect a third world country (those countries may not be able to afford the healthcare for all, this country Can). You folks with 21-25 year olds not in the workforce with their own insurance would be paying for there care out of your pockets.

C. There are other things that would have seemed loony 40 years ago, but are accepted today, like busting teacher’s unions, demonizing school teachers, union busting, tax ceilings for the very rich (we middle class folk pay for that), lower corporate tax rates (and we wonder why the deficit is so bad– IT’S NOT JUST SPENDING, not EVEN JUST SPENDING FOR DEFENSE AT A HIGHER LEVEL THAN THE NEXT 31 COUNTRIES COMBINED)**.

D. Yes, we Do plead guilty to believing that snowballing income inequality is bleeding this country white (not to mention the 2003-12 Iraq war-on a-credit card). We do wanted to see public schools supported and more and better teachers in the classroom. We are healthy that in spite of all the Progressive-bashers, Obama-bashers, the deficit is already beginning to slow a bit and healthcare costs, rising for decades at an alarming rate, are now, already beginning to rise more slowly, this even Before the major 2014 reforms kick in.

OK, WE SAID WE BE BRIEF HERE, SO LET’S MAKE CATEGORIES 2 AND 3 AS PROMISED!!

2. We have been clear that there are some Republicans and PLENTY of “Independents” who support some progressive ideas: healthcare reform, support for public education, an end to anti-labor policies, and we not only welcome them, they are beginning what will be a 3 decade coalition that will only get stronger. George W. Bush did not win the election of 2000 (yes he did become president, he simply did not win either the popular or–except for Supreme Court intervention– the electoral vote). He won very narrowly in 2004, then Obama trounced the Republicans in 2008 and 2012. McCain–veteran, hero, bi-partisan– was Not a weak candidate, nor was Romney. Obama and his ideas and political operation, by no means flawless, were simply better.

We may seem like cheerleaders for some sort of Democratic Renaissance– but not quite so. We are saying that some Republicans are retrenching, the Tea-Party isn’t going anywhere–just getting smaller as a % of the national vote. Other Republicans are coming around to supporting some of the practical solutions outlined above. They see what the future looks like, and it does not look like Bush-Reagan-Romney.

Just the facts m’am: 1. the Hispanic vote, including Cubans, went overwhelmingly for the Democrats in 2012 (in the middle of a recession following the catastrophic polices of 2001-2008!), 2. the female vote will only be increasing, and women tend to vote more progressively, as a whole, then men, 3. the black and Asian votes, pretty robust, Not Shrinking, and Not overall conservative. Sorry, we are just the messengers and you do not have to read this blog to know which way the wind is blowing. What we HAVE DONE, that is a bit unusual for “left-progressive” analysts, is call for, at least for now, a coalition of progressives of all political parties, PROBLEM SOLVERS, to end the disgrace that is Washington today (listen up, Mr. McConnell).

No room to argue this here, but let’s throw out some red meat: we will argue that in, say 2030, if the Republican party campaigned for the White House or most of Congress, on the climate change-denying, teacher bashing, Rich over Middle Class policies they have been running on for 20 or so years, they would lose elections not by the current 5-6%/  332-206 Electoral Vote of 2012. They would lose by 15% for the White House and be very lucky to elect 40 senators or 45% of the House. Rest easy, Republicans and Conservatives: there is no chance of this. The “head on straight– for the most part– Republicans of the Bobby Jindall, Michael Bloomberg, Susan Collins, Chris Christy variety, see that survival will ultimately depend on moving to the center.

3. The What’s the Matter with Kansas (Thomas Frank), why do many working people vote against their own economic self interest puzzle is reflected in some of the responses to our outrageous call for balancing the budget by taxes as well as spending cuts, people whose kids are probably in public schools struggling to educate their kids, people who are supporting a defense budget above $700 billion (do the math on how much of your tax revenues are going for that), people who most Need healthcare (and if they don’t want it, the rest of us should not be subsidizing their visits to high priced emergencies rooms).

We will be interested in why many in the Red States– farmers, workers, low-mid income folks, really the backbone of this country and certainly the backbone of our armed forces– repeatedly defend the interests of the wealthy (Guys like Warren Buffett, who says he Should be paying more in taxes). One common theme seems to be that luck, the kind of luck not pointed in the direction of the single working mom kid referred to in our June story, plays no role in how well people do. Those who work hard prosper economically and those who prosper economically all work hard. This Tends to be true, but not nearly as true as some of our readers seem to believe. The lower middle class, working guy or woman and family, have little chance to do as well as those who get all of that expensive coaching for their SAT tests. It is a tribute to Karl Rove, FoxNews, and Rush Limbaugh, that so many people actually believe that the majority of the working poor or even the “poor poor”, are that way because they do not work their tails off. If my fellow “next paycheck” readers want to elect leaders and pay the taxes for the folks in gated communities, with lots of expensive toys, Hey that’s your privilege! But not for Me and the 52-53% of the population who elected and re-elected Obama in 2008-12.

Fear not. if you stick with us (and some of you won’t, though we get more readers every day) we will be offering lots of evidence, data, information to back up the points that we are simply asking you to listen to here. And thanks for listening and reading. Also WE NEED TO ANNOUNCE A CHANGE IN OUR READER POSTING POLICY: thoughtful readers who take their valuable time to offer arguments against our positions, Will be posted for all to see (the debates are already underway). We will Not be posting knee jerk, profanity laced, uniformed right wing stuff. There is too much good stuff coming in to give an audience to trash talk: sorry.

Anyone who is serious about closing the US deficit should consider the changes in what corporations pay in taxes and the rise of the deficit. Source:Loophole Land: Time to Reform Corporate Taxes
Demos, APRIL 12, 2011

as cited in blog THE BIG PICTURE– http://www.ritholtz.com/blog/2011/04/corporate-tax-rates-then-and-now/ —  Barry Ritholtz