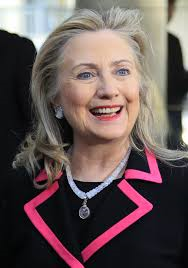 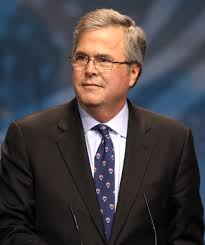 In our ongoing series on provocative political articles and opinion pieces that may help inform the reader of the thrust of our research and eventual book, we turn to a just unearthed from a pile of papers, Frank Bruni column from the Sunday New York Times, August 18th of this year (p. 58, Week in Review ) , entitled the “The Past’s Future Republican.”  It is a portrait of Jeb Bush, who carries—some might say is burdened by—the dynastic Bushes, the last name of the last two Republican presidents, Bruni reminds us. The op-ed piece is as valid now as it was two and one half months ago.

The thesis of the article, with our own gloss added, is that a conservative Republican—read “Romney and rightward”– has next to no chance of beating a strong Democrat to the White House. The names mentioned, apparently seriously, by the press as possible contenders for the Republican nomination are people like Marco Rubio, Ted Cruz, Rand Paul, and Paul Ryan, at least from the Congressional wing of the party. New Jersey’s Gov. Chris Christie, is thought more electable. Bruni implies and we say outright, that none of the potential contenders listed or anyone remotely that conservative has Any chance of winning against a strong Democrat. Increase that by a power of three if that strong Democrat is the overwhelming current favorite, Hillary Clinton

Our argument, based on Bruni’s case for Bush as a moderate pragmatist, critical of the scorched earth orientation of many Congressional Republicans, is that a Tea Party or even traditional Far Right Reagan-Goldwater-Buckley style Republican can be reasonably sure, barring scandal or felony revelations during the campaign, of winning 35 to 40 % of the (2012 based) national electorate. Hard core support for such a candidate we would put in the 30% range.

The same could be said of a respectable moderate to progressive Democrat such as an Elizabeth Warren or a Joe Biden (perhaps someone younger). At least 30% Bar-Nothing national support from the left-center-progressive end of the voter spectrum and, quite likely, 40% of the vote against any Republican, except perhaps, a Jeb Bush. Bruni notes that Bush’s appeal is enhanced by his Mexican wife, his command of Spanish, and his strong showing with Hispanic voters in Florida.

So imagine a Bush race (and he does have both the baggage and limited appeal of his older ex-president brother) against Any-Democrat-But-Hillary and, in our polarized political culture, a probable 20% of the electorate truly “in play”—in theory “undecided.” A dusted off, thoughtful, politically adult (at 63 in 2014) like Bush would be markedly more likely to cut into that “independent”, at play 20% than the others. (Clint Eastwood, having been born 20 years too early). Bruni notes that the dynastic factor of a “Third Bush” would be offset by a likely Second Clinton candidacy.

Which brings us to the obvious sunglasses favoring towering woman (“elephant” we avoid) in the room, Hillary Clinton, clear “heir-apparent”—mangled metaphor we suppose—to Pres. Obama. Now we get to progressivefutureusa.com’s deeper interest in such a contest. Clinton, clearly has the early advantage, the unbeatable Democratic resume’, it is conceded that the nomination is hers if she wants it, and that she would be  very difficult to beat for reasons we need not repeat here. Any Democrat with rock star name recognition such as hers, and a “redeemed—for some” “never that problematic—for others” husband, former President Bill, would surely unite Republicans, but then look how Obama united Republicans—or Romney for that matter—and consider the results. Given her senatorial and Secretary of State “latest careers”, that she is a woman forced to step aside in 2008, barely, for a magnetic African-American (post racial?) candidate (a sort of echo of the 1870 failure of women to get the vote along with black males in amendment XV.

In short, she would be a candidate that, barring the unforeseen (the latter does happen), could count on scoring in the high 40+ percent range with even a front porch (Chappaqua?) campaign, except these are nostalgic relics of the political past (1956? 1984?). But caution: some polls show NJ Gov. Chris Christie running a respectable 4-6 points behind her in a very early trial heat. Citizens United etc., may facilitate the reintroduction of Jeb Bush as a viable alternative to Christie. For progressives, it is unthinkable that either of these two relative lightweights would stand a chance against Sen./Sec./Ms. Clinton in a rational political universe.

But, to invert a droll political nostrum about Reagan and Nixon (and others): the Landscape may be littered with the corpses of those who, three years from now, think that Hillary’s will be a coronation not an election. Consider that John McCain and Mitt Romney were solidly beaten by Obama, but they suffered no landslides. We will have occasion to discuss this further, it is enough now to say that 1. Hillary Clinton will be hard but not impossible to beat if facing a Jeb Bush, and 2. the rosiest scenario for Democrats would be the nomination of Any-of-the-Above Hyper-conservative Republicans. The country might, we say Might, still be center-right, but it is moving leftward, if ever so slowly. Our book in progress says that the pace of this shift will increase, that the shifting of political tectonic plates will be just that, Tectonic, by the 2030’s.

The first part of the cited Frank Bruni August piece follows below:

LET Rand Paul have his epic filibuster and Ted Cruz his scowling threats to shut down the government. Let Chris Christie thunder to a second term as the governor of New Jersey, his hubris flowering as his ultimate designs on the White House take shape.

Readers shared their thoughts on this article.

Jeb Bush, lying low in the subtropics of Florida, has something they don’t: the unalloyed affection of many of the Republican Party’s most influential moneymen, who are waiting for word on what he’ll do, hoping that he’ll seek the 2016 presidential nomination and noting with amusement how far he has drifted off fickle pundits’ radar, at least for the moment.

Politics today has a shorter memory than ever. It also has a more furious metabolism, which Bush hasn’t fed much since March, when he was promoting a new book on immigration and created enormous confusion about whether he does or doesn’t support a pathway to citizenship for immigrants who came here illegally. (He later clarified that he does, with caveats, and even later praised immigrants for being “more fertile.”) That awkwardness gave some of his supporters pause, as they wondered whether he’d been too long out of the fray and was too clumsy for the split-second hyperscrutiny of the Twitter era. He hasn’t run for anything since 2002, when he was re-elected as the governor of Florida, an office he left in early 2007. A whole lot has changed since.

But with the exception of that immigration mess, Bush has been a more articulate advocate of a new tone and direction for the Republican Party than have Paul, Cruz, Christie or others currently in the foreground of the 2016 race, which has already begun, on both sides of the aisle. (Hillary Clinton gave a big policy speech last week and has another already announced.)

He has signaled more willingness for fiscal compromise with Democrats than Paul Ryan and Marco Rubio, for example, have. He has rightly emphasized the importance of social mobility to America’s fortunes and has rightly sounded an alarm that such mobility is on the wane.

At 60, he’s older than any of the five potential Republican presidential candidates I’ve already mentioned or than Scott Walker (don’t forget him), Bobby Jindal or Rick Santorum. His face is less fresh, thanks largely to a surname shared with the party’s last two presidents.

But here’s the first great irony, oddity, oxymoron or whatever you want to call it of the 2016 race: if Republicans care about safeguarding their future, their wisest and best bet may be to reach back into their past. In a pack not exactly brimming with moderate, sensitive voices, Bush’s stands out as less strident, more reasonable and more forward-looking than his potential rivals’.

Lately the news media’s attention has focused on Paul, Cruz and especially Christie, who was just on the cover of New   York magazine and has drawn headlines with veiled and unveiled swipes at fellow Republicans. He’s serving notice, as he did with his embrace of President Obama during Hurricane Sandy, that he puts less stock in party etiquette or ideological purity than in the practicalities of governing and the necessities of winning.

But he’s also scaring some Republican power brokers, and not solely or even mainly because he’s iconoclastic. It’s because he’s so very loud, so very proud, a ticking time bomb of self-congratulatory bellicosity and gratuitous insult. Would he really be the best nominee?

In a meeting with Republicans in Boston last week, he prematurely lashed out at several possible competitors, including Jindal, whom he no doubt had in mind when he reportedly said, “I’m not going to be one of these people who’s going to come and call our party stupid.” No, Christie’s much, much too tactful for that.

Bush has registered concern with the way the party can come across as “anti-science.” He has also referred to it as “the party of no,” correctly noting that Republicans right now are defined negatively, by all they’re against.